Scan to continue in mobile, complete the online check-in process for your reservation. Live every moment of our life in harmony with nature and passion for our work, being able to share it every day with our guests. We adapt to the natural movement of the island and the philosophy of its people that we call the “poc a poc” (little by little). 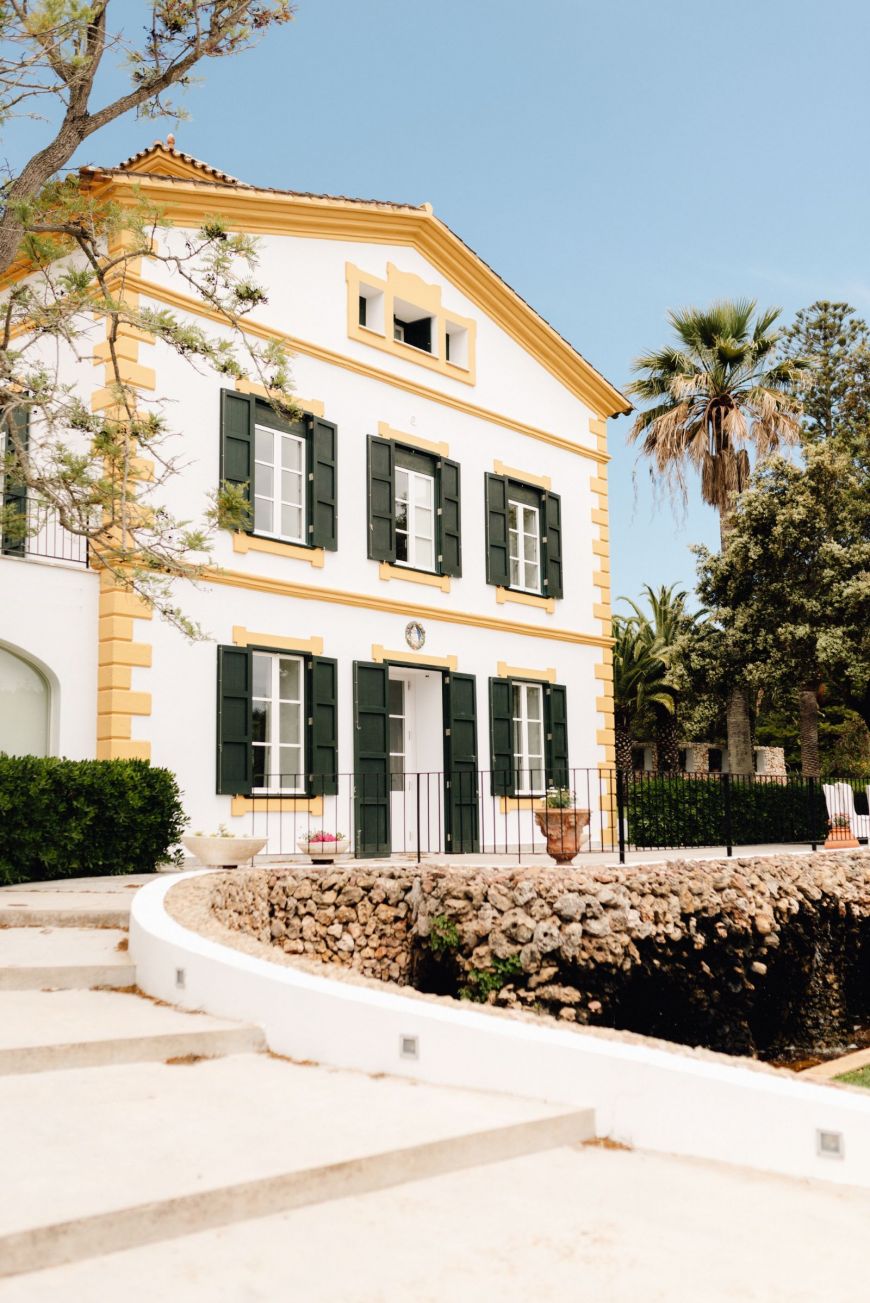 Hort Sant Patrici is a recognized example of agrotourism in the Balearic Islands, a symbol of quality, tradition, passion and love for the land.

Our property is located near the picturesque village of Ferreries, a few kilometers from the spectacular unspoilt beaches of Menorca. It is surrounded by a natural beauty typical of the Menorcan countryside.

Beautiful gardens and extensive vineyards surround our historic house “Ca Na Xini”, converted into a cozy boutique hotel with 8 rooms and a restaurant inspired by our own products and Minorcan cuisine.

Our vineyards of Merlot, Cabernet Sauvignon and Syrah produce one of the best wines of the Vi de la Terra Illa de Menorca denomination.

We also produce the well-known Mahon-Menorca cheese of DOP under the care of our master cheesemakers who preserve and respect the long tradition of this land.

Hort Sant Patrici offers a unique and unforgettable experience that allows you to disconnect from the world and enter fully into the Menorcan philosophy of “poc a poc” (little by little). 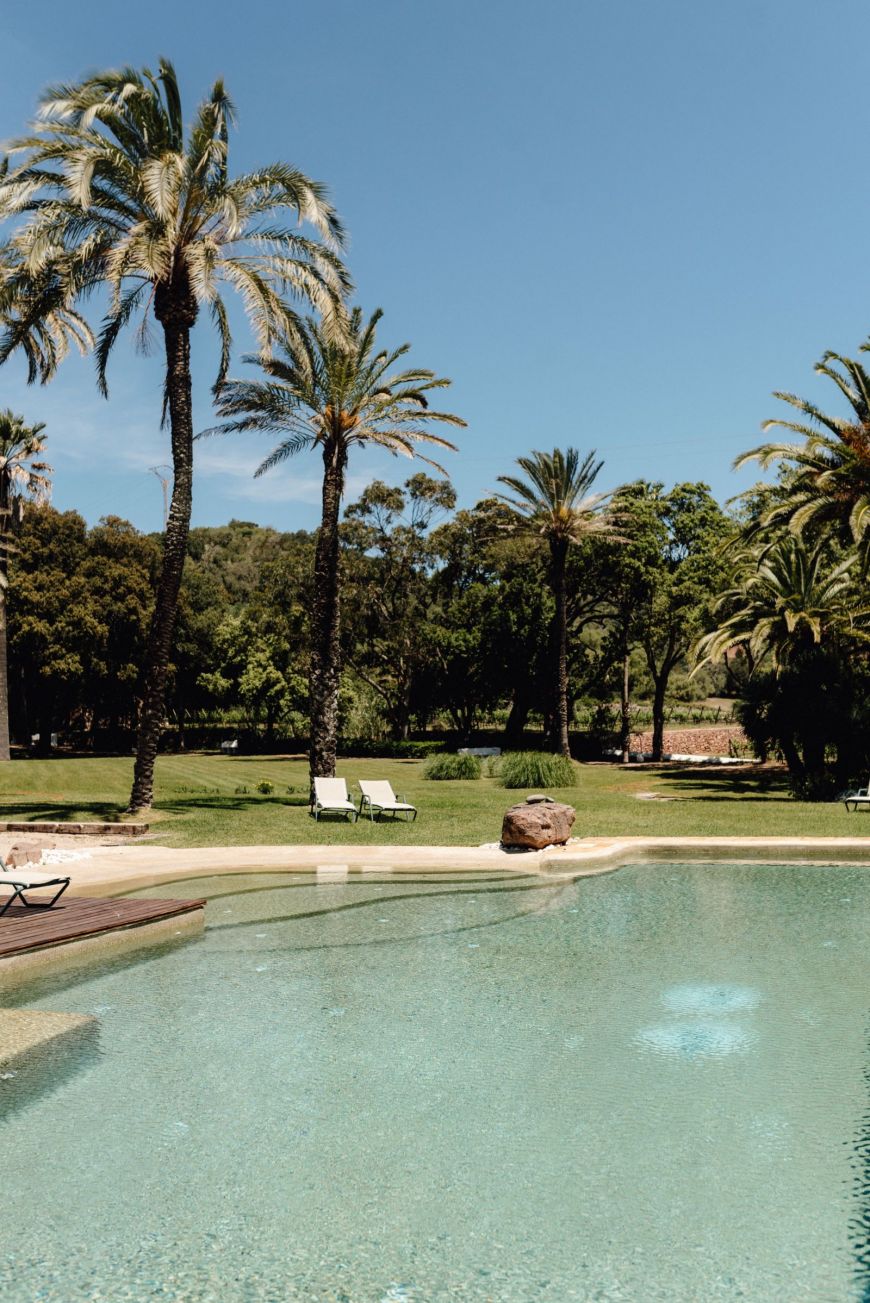 In Hort Sant Patrici time seems to be suspended, opening a window on an oasis of peace in the middle of the Menorcan countryside. A farm that follows the tradition since its inception more than a hundred years ago and that has a rich history recognized by the inhabitants of the small town of Ferreries.

A centennial garden with a multitude of palm trees, plants and flowers, which houses a wide range of native birds of the island. Here we live the moment and learn to enjoy what surrounds us. 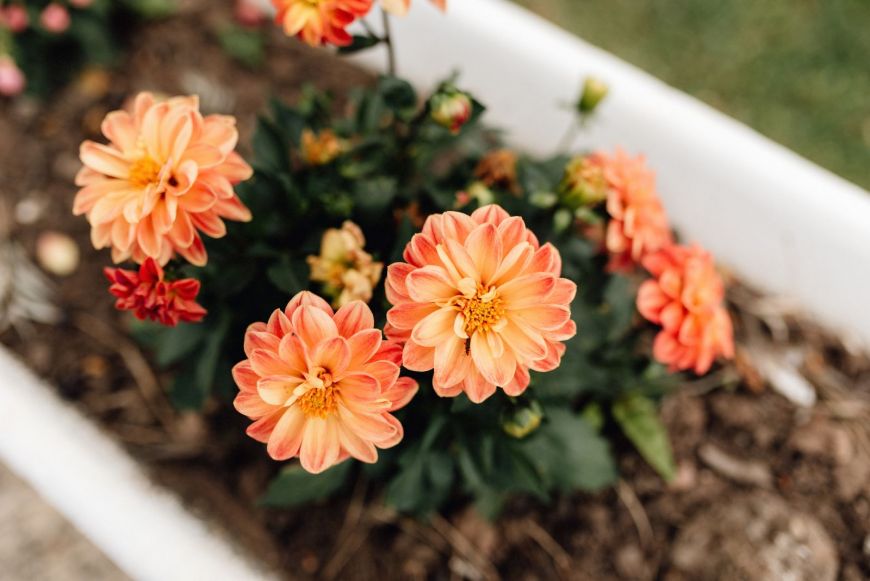 Our team is dedicated to taking care of the property throughout the year. We live our passion for the everyday, the love for the land and for preserving our cultural heritage. It is our responsibility to maintain the traditions of the island and share them with each of our guests when they visit us in the restaurant, in the hotel, in the cellar and in the cheese factory. 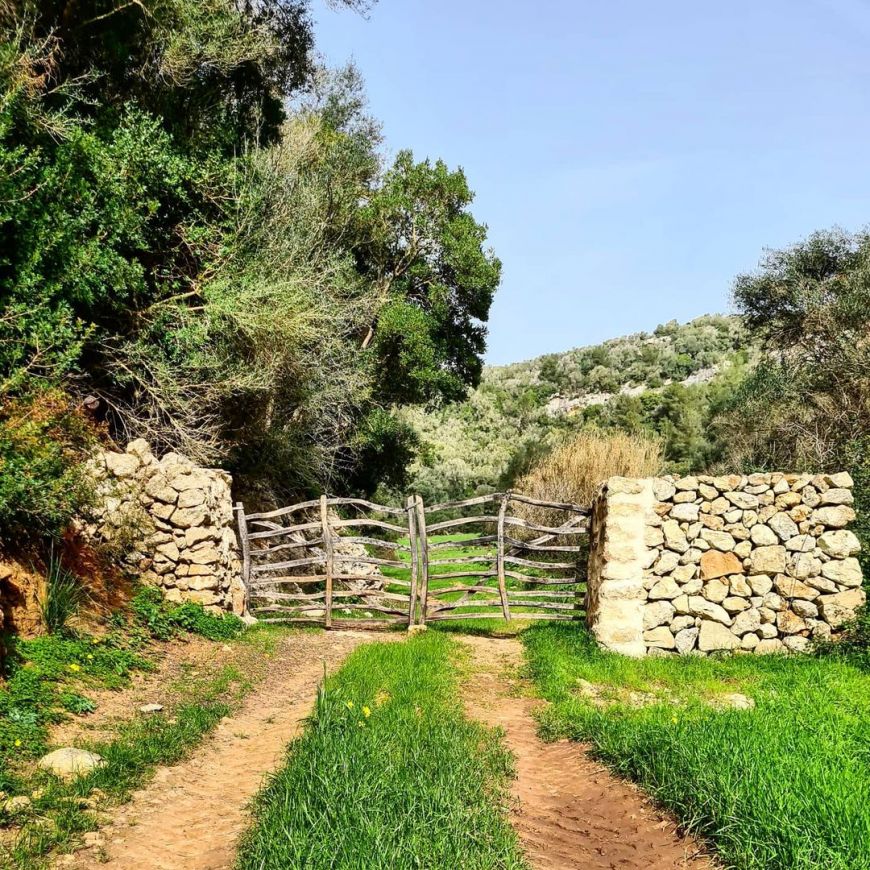 Getting to know Menorca

The island of Menorca has a rich history dating back to the Paleolithic era circa 1500 AD. It has been a land desired by many and influenced by all those who managed to conquer it at the time, Romans, Arabs, English, French and of course Spaniards. Menorca is not only known for its history, but also for its beauty, its traditions, the charm of its nature and its people. Located very close to the most important cities in Europe, you can still live disconnected from the rest of the world.

Menorca’s soul leaves each visitor with the desire to return soon to continue discovering its charms. 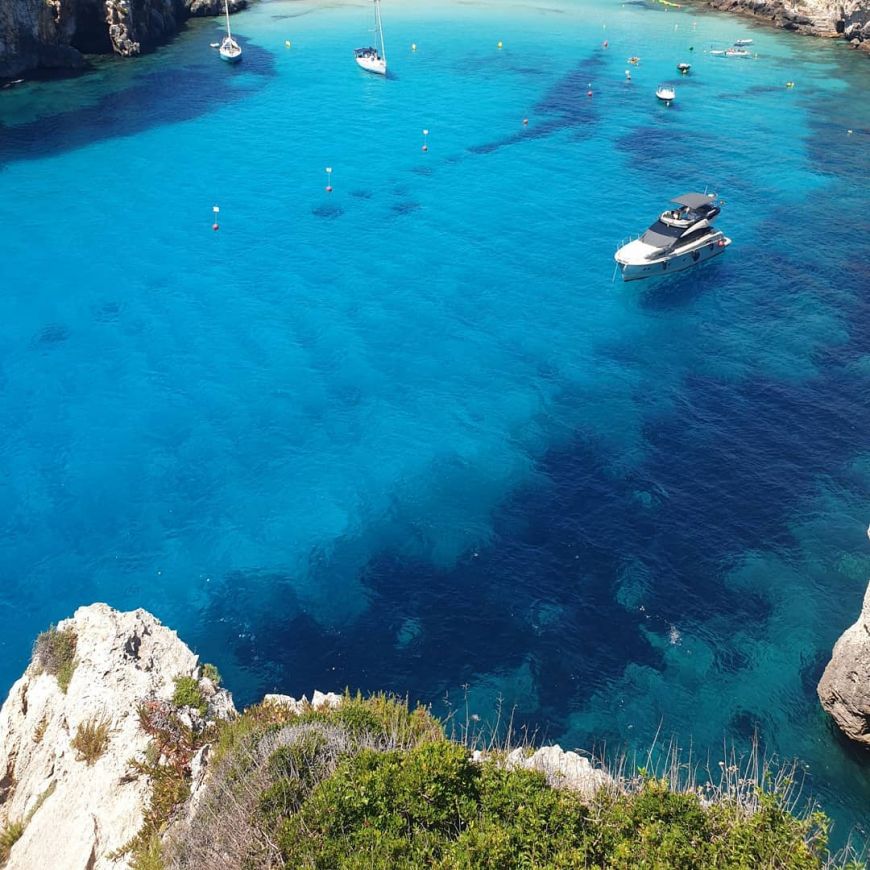 Menorca is fortunate to have more than 75 beaches, one third of which are totally virgin. But beyond these small paradises of sand and crystal-clear waters, it also has beautiful natural landscapes in which to get lost. It has more than 200 kilometers of suitable paths to walk on foot, by bicycle or on horseback, as is the Camí de Cavalls.

Hort Sant Patrici is located right in the center of the island, near the town of Ferreries, just 4 kilometers from the beaches on the south coast of the island. Ferreries has a number of places of interest, such as the Santa Àgueda Castle, the 18th century church of San Bartolomé and a Neolithic settlement. The largest city on the island, Ciutadella, is less than half an hour away by car, as are many other beaches and caves. 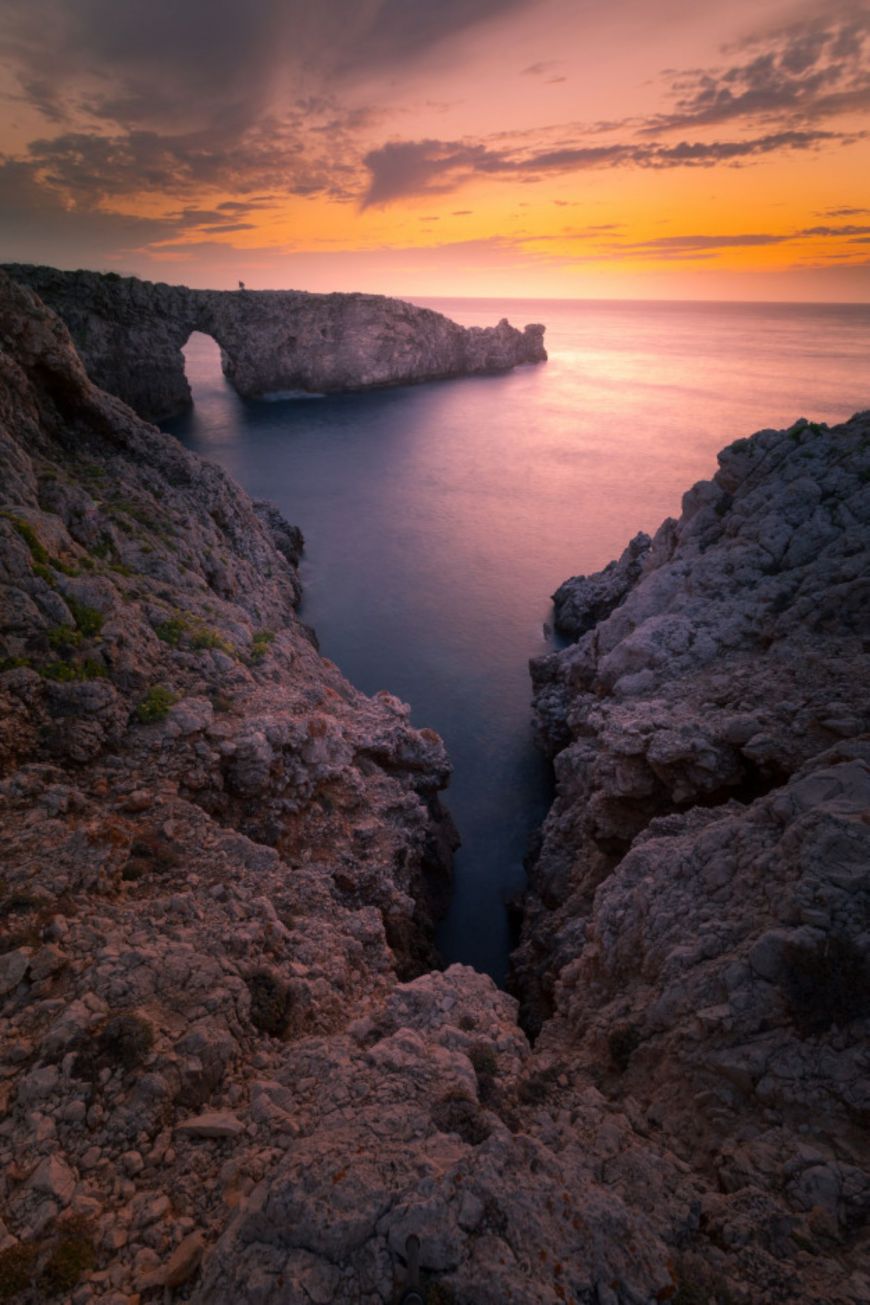 Menorca enjoys the privilege of being the first point of Spain to see the sun, although what is really spectacular are the sunsets from the lighthouse of Cavallería or Punta Nati.

It will be a pleasure for us to help you discover the landscapes and some of the most beautiful walking routes through the ‘Camí de Cavalls’, get to know our craft, understand our prehistory visiting some of the most mysterious and emblematic places such as the Taulas or the Navetas.

The real protagonist is the person and the environment, without rush or stress or excursions marked by stressful schedules.